The Origami Experiment - Paper Versus VKS 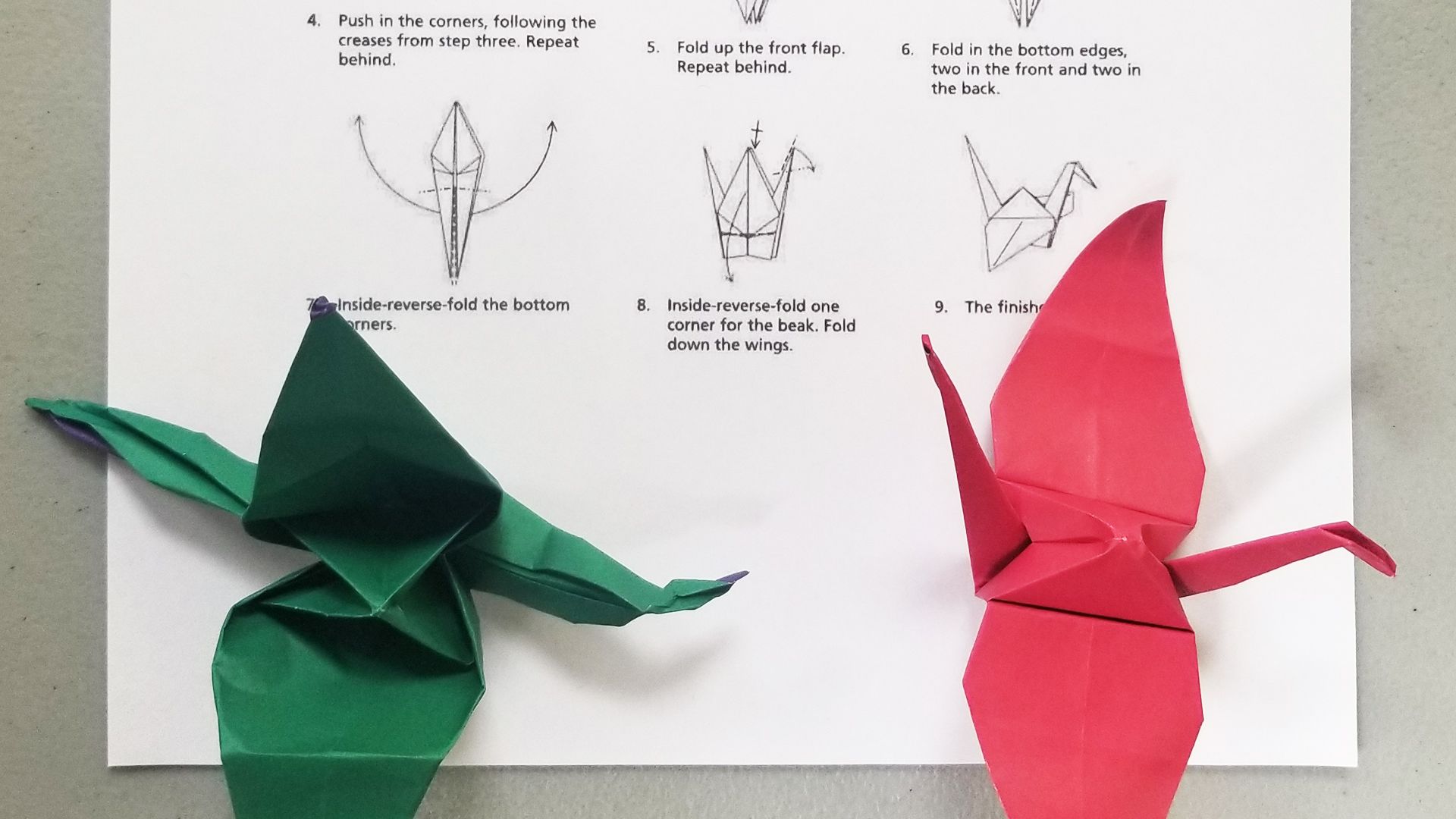 Did you hear about the Origami Business? It folded.

Do you know what won’t fold? Your business if you switch to a digital factory.

Here at VKS, we often like to remind companies that switching to digital work instructions is proven to reduce training time by 99% and decrease defects by 95%. It also increases productivity by 20% -- if not more!

As persuasive as these statistics can be, facts don’t always change people’s minds. So we decided to run a little experiment using origami to showcase the advantages of digital work instructions compared to the old-fashioned way of using paper instructions.

On the one side of a room, we asked a group of six individuals to fold an origami crane. Meanwhile, another group of six was tasked with folding an origami Samurai hat on the other side.

Initially, both group A and group B tried their luck interpreting paper-printed instructions consisting of drawings on how to make both items. The groups then switched to making the opposite item, whether a crane or a hat, but this time with the help of the VKS digital work instructions.

Can you guess if either one of the groups was successful in folding their designated shapes?

If so, do you think they succeeded to do it with paper instructions or electronic work instructions?

That’s right! The electronic ones prevailed. Out of the two groups using paper instructions, only one individual successfully completed his tasked item, a crane. And to be fair, this individual already had prior knowledge making origami.

Although initially provided with 15 minutes to fold their respective shapes, no one else was successful.

By the end of the provided time, the tension in the room had become palpable.

After switching shapes, both groups were then asked to use the VKS work instructions software instead.

Given our favorite stats that we so often like to cite, it’s not surprising that both groups prevailed in finally folding their shapes.

Something even more curious happened this time though.

Not only did group A and group B succeed in following their on-screen work instructions to fold their respective cranes and hats, but the atmosphere in the room also drastically changed. Whereas before, tensions rose as both groups failed to accomplish their seemingly simple tasks, this time the room became filled with the sounds of giggles as everyone started succeeding in folding their cranes or hats. Jokes abounded as people started having fun and this, even though they were allotted less time than before.

According to many studies, happy employees are up to 20% more productive. Now combine that fact with the boost in productivity just from implementing digital work instructions and you have yourself an unavoidable digital future!

At the end of the experiment, two results stood out:

VKS, like origami, can be folded in many different ways. By incorporating visual and easy-to-follow work instructions, you can immediately increase productivity and reduce waste. If you’re interested in learning more about how VKS can optimize your processes, book a call today.