The Smart Factory of modern-day manufacturing has amazing applications, and still more are being developed constantly. What’s also fascinating about the Smart Factory is that it’s a consequence of hundreds of years of industrial history and innovative engineering.

There are a lot of great articles about the 4 Industrial Revolutions referenced throughout Western manufacturing history (we’re currently in the 4th – or are we?). For now, let’s focus on a specific element of manufacturing which has evolved as the artery of a functional factory: the production line.

The concept of a production line is almost too old and too instinctive to pinpoint its exact creation.

Take a Thanksgiving feast, for example: for generations, elders have delineated tasks involved in prepping a large family meal – one kid will be told to scrub potatoes, while the next cuts out the eyes and mold spots, and finally a third will cut the potatoes into cubes for roasting.

This is a rudimentary production line, which is frequently used in small scale settings without a second thought. We have come a lot farther over time.

From Production Line to Assembly Line

In manufacturing, a production line is a process that refines and processes raw materials.

These processes were powered by windmills and watermills, later to be replaced by the steam engine and further machinery. Some examples of standard production lines are mills that process wheat into flour, or smelting facilities that transform ores into usable metals.

The main feature of the switch from production to assembly line is the organization of materials flow. However, it is still important to acknowledge that the two have many overlapping qualities, and nowadays are often used interchangeably.

In a production line, operators may be more involved with several process steps, or follow the materials throughout their production cycle.

For example, think of artisans like glass-blowers, who shape their creations from raw material to glass artifacts. Glass-blowers traditionally (and for efficiency reasons) monitor the entire production process of an item – the same artist who conceives of the design is usually the one who creates, edits, and finishes it.

In contrast, an assembly line focuses on the continuous flow of product through stationary workstations. This means that the workers or builders are assigned a station and the product moves to them for further processing.

Henry Ford, founder of the Ford Motor Company, is the industrialist most credited with the invention of the assembly line. In reality, the history is a little fuzzier:

Industrialist Eli Whitney introduced the concept of interchangeable parts to the United States factory ecosystem. Ransom Olds, pioneer of the early American automobile industry, patented an early form of the assembly line in 1901, which made the first mass-produced vehicle. 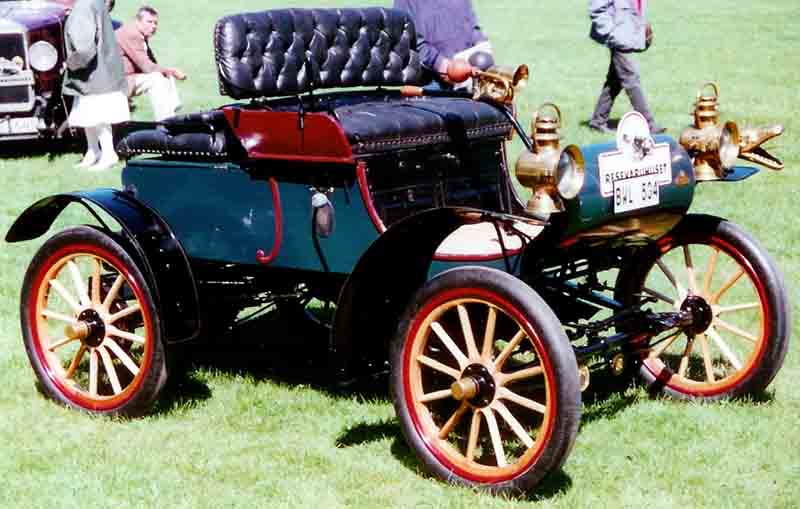 Some think the distinction isn’t critical – after all, Ford was the one who actually set the industrial standard on a large scale.

It’s interesting to note that Ford’s large scale utilization of technology made his practices the industry standard. It’s hard to argue that Ford’s system – in which a full automobile could be completed in a matter of hours, rather than the usual days – didn’t radically change the factory floor for the better.

Throughout the 20th century, assembly lines grew to be more multifaceted through job specialization. Workers could hone specific skills in mechanics, electronics, and manufacturing.

It became clear that business leaders needed to put huge emphasis on coordinating these sub-operations.

The era of Post-Fordism led to the prominence of the lean production manufacturing philosophy. Famously introduced by the successful Toyota enterprise in Japan, lean production spread in popularity overseas, becoming emblematic of Western factories by the 1980s. Lean focuses on eliminating waste throughout production processes, as well as continuously improving all standards of production and product.

Today, the production or assembly line is still widely used, but the main difference is that the majority of actions are automated.

Assembly lines no longer look like long conveyor belts with operators seated on either side, tools at hand. Even though most people think of Ford cars or of a frazzled Lucy in the chocolate factory when they think of assembly lines, most of the coordinated control over the extent of the system is automatic. 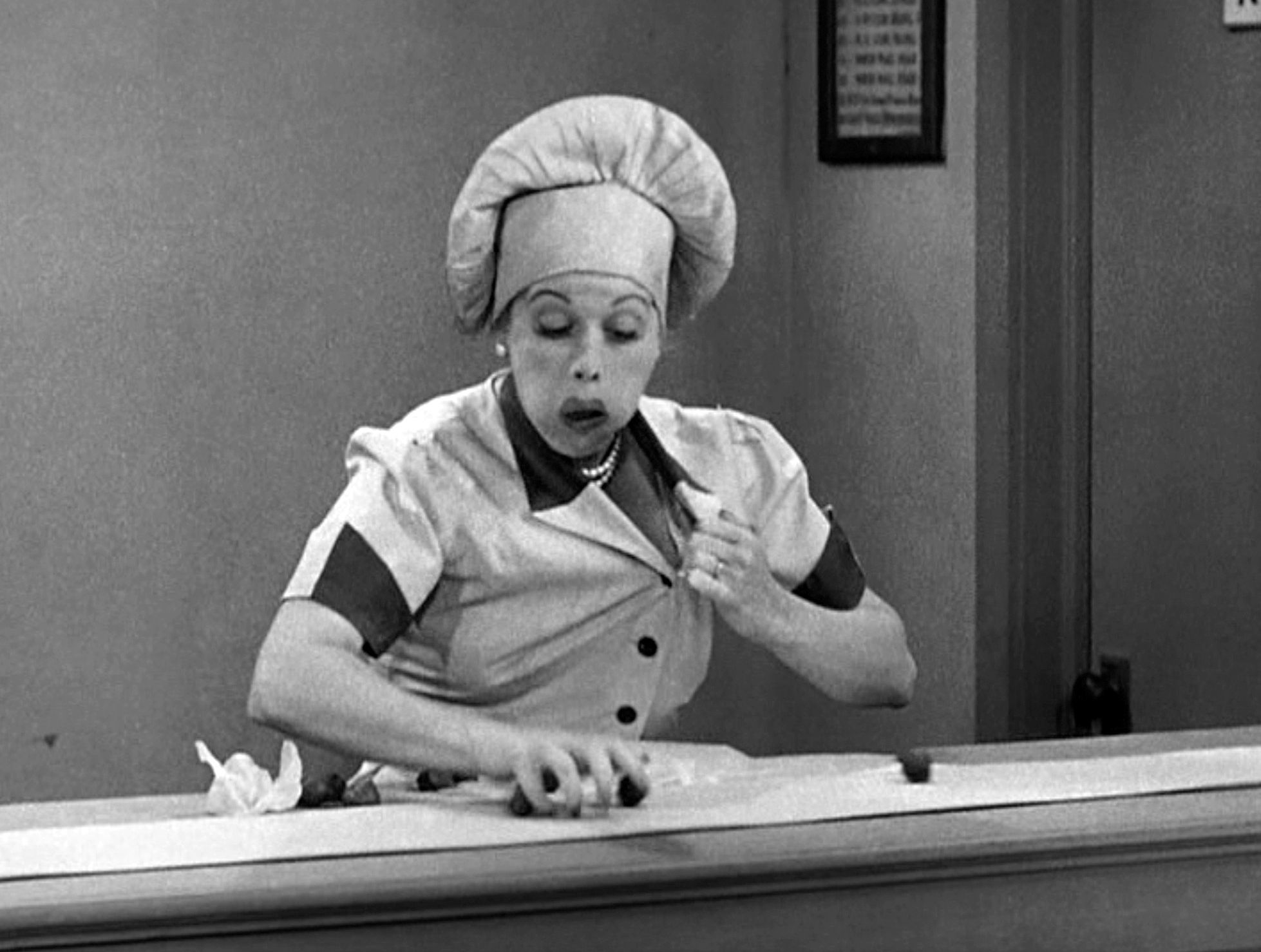 Information and communication technologies have allowed for exponential growth in machine applications. Things like additive manufacturing and CNC capabilities have revolutionized what it means to build at scale.

The implementation of automated IoT devices like sensors on conveyor belts has opened up the potential for factories to be leaner, less wasteful, and more efficient overall. Data collected from these tracking elements can inform strategic supply chain decisions.

Collected data also informs leaders of any gaps in standardization.

Now that processes can be easily automated and expected to create identical products with precise qualifications, the next challenge is standardizing the processes required.

Many key innovators have adopted Flexible Manufacturing Systems (FMS) in their facilities. This type of system is composed of robots, sensors, computers, and other inspection machines configured to the production line by way of automated nodes.

The coordination of an FMS system allows for manufacturers to make real-time decisions like pivoting strategy or adjusting to breakdowns or market irregularities.

The Connected Factory in Global Industries

So where does the production line go from here?

Is the assembly line fully optimized?

Today’s high-performing producers are Smart Factories. These factories are digitally connected – through software, IoT devices, automated machinery, and other technologies.

And “global” doesn’t just mean your direct competitor or supplier in another country – it means all of the extraneous conditions and factors that nowadays heavily influence the supply chain.

The “connected” factory is in control of all sub-operations and processes within itself, but also following the flow of global supply chains outside of its own production.

It means global challenges as well, outside of business strategy. Things like climate change have dramatically altered the availability of certain shipping routes and dwindling natural resources used in materials manufacturing.

Push-pull systems are key frameworks that modern industrialists are experimenting with. This kind of strategy references the metrics of supply and demand to either “push” more inventory or “pull” new products only when demand requires.

Reconfigurable manufacturing systems (RMS) are a type of FMS that are more geared towards the customer and the dynamic global market. Factory sub-processes are organized like building blocks, and tools or work stations can be swapped out or reconfigured depending on the specific situation. Whereas FMS systems are generally flexible, RMS systems have limited flexibility focused on the outer market.

These are advanced strategies that can only work when a factory is connected and can collect real-time data.

It’s hard to even conceive of how the production line would look different if Ford hadn’t sped up processes with the conveyor belt, or if IoT technology wasn’t available – that’s how much the landscape of manufacturing has changed over the years, building on its past innovations to become more and more applicable.

It’s highly unlikely that we’ve seen the production line’s final form, given that new technological applications are discovered every day.

In any way, it’s clear that the connected Smart Factory is the production schema of the future.